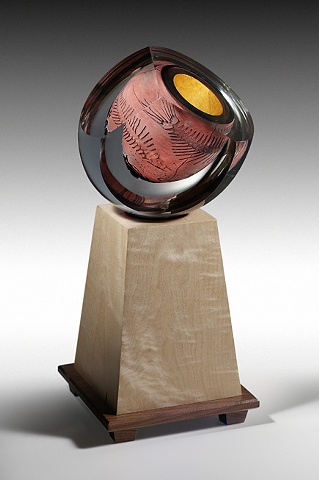 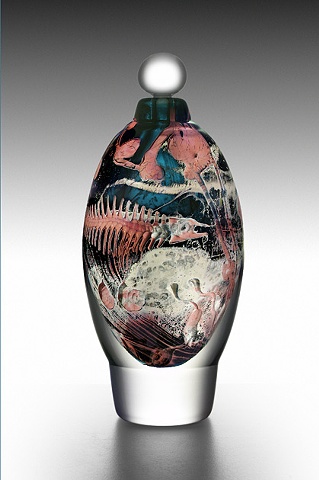 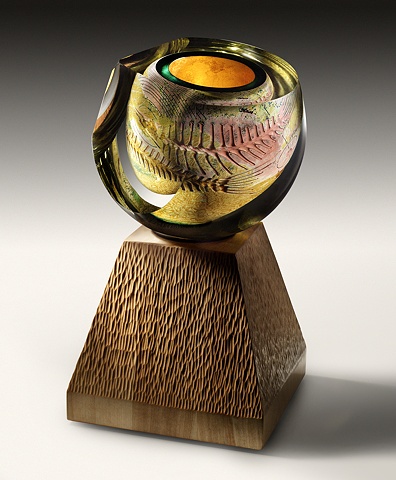 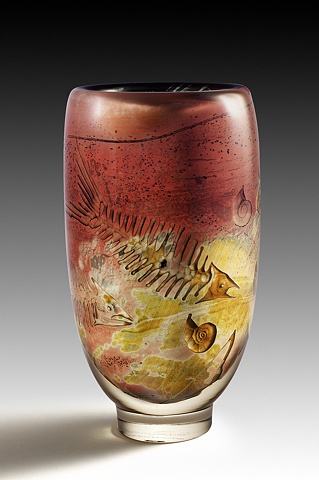 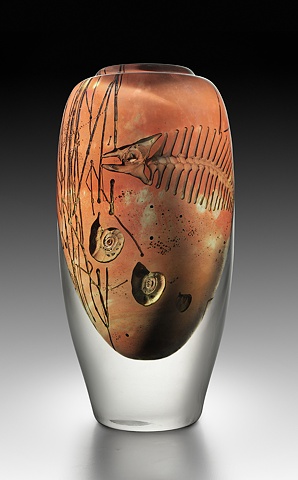 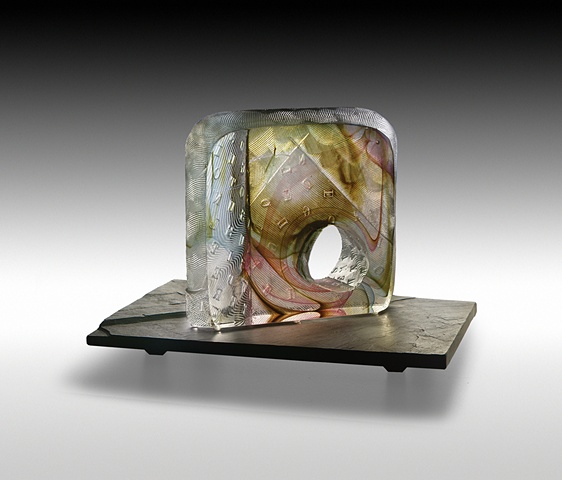 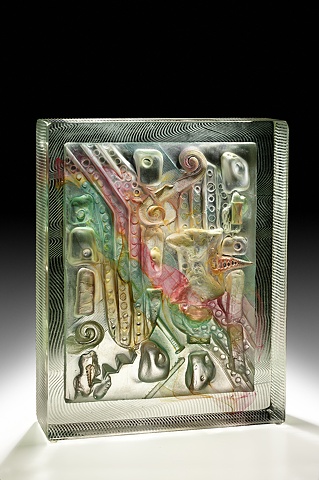 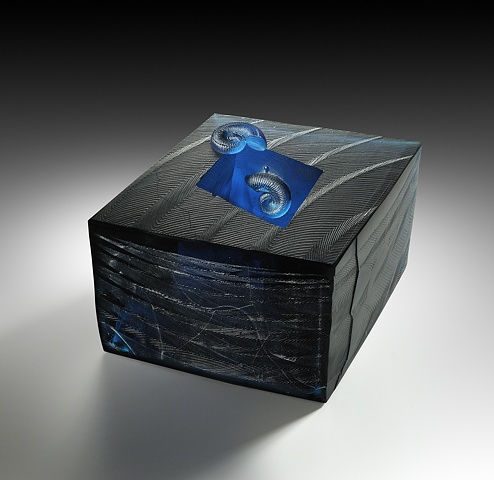 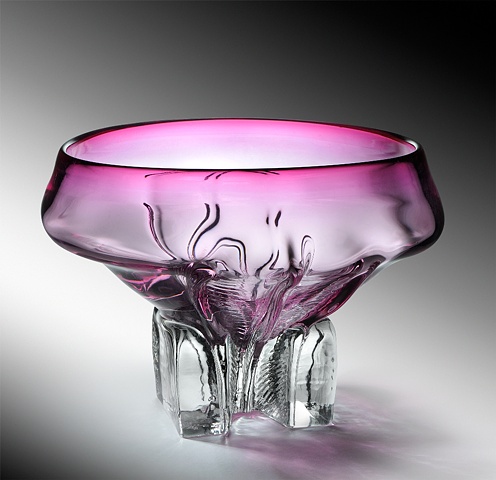 When thinking about the technical aspects of working in glass, it has been particularly interesting to follow Brent Kee Young’s ongoing journey. From the beginning he had a fascination with the process of handling hot glass, which he seems to enjoy to this day. His “Fossil Series” pieces, which he began in the late 1970s, involved blowing thickly gathered vessels within which he was able to produce three dimensional fossil-like inclusions in the negative. These images existed within the interior walls of the vessels with heavy clear overlays. Accomplishing this necessitated that he invent a lamp working method.

He had a fascination with color that seemed born from the land rather than the pallet typically popular with glass workers. Professor Young’s colors were achieved using a combination of colored glasses which had oxides of copper for a base. A particular atmospheric condition during the making allowed for the colors to emerge. This in itself was quite a technical achievement.

Casting glass was another technique that held a certain fascination for Professor Young. What came into play here was his experience working with clay. Almost all the pieces in this series were modeled in clay first. He then made refractory molds from the clay models and the models were destroyed in the process of preparing the molds. Pieces were then cast using a variety of colored glasses. He worked in this manner for more than a decade while blowing at the same time. What seemed to have traction for Professor Young was that the mold/modeling process gave him a totally different time frame for working: blowing being immediate and decisive, casting being more deliberate and contemplative.

Professor Young’s recent excursion into flame working with borosilicate seems a natural evolution in process of studying glass. Having flame worked with the Fossil Series pieces since the 70s, he was comfortable using the torch. What is really revolutionary for him is that the “Matrix Series” pieces are constructed, a totally different way of working with glass. Pieces can be made in parts and then assembled, ergo a different way of thinking was opened up using a constructive idea. These ideas seem his current passion and commitment. Fabricating has opened many doors for the artist, allowing him to realize a variety of visual ideas and concepts. As his techniques and artwork evolve, his exploring and learning never cease.